Free shipping on orders over $100 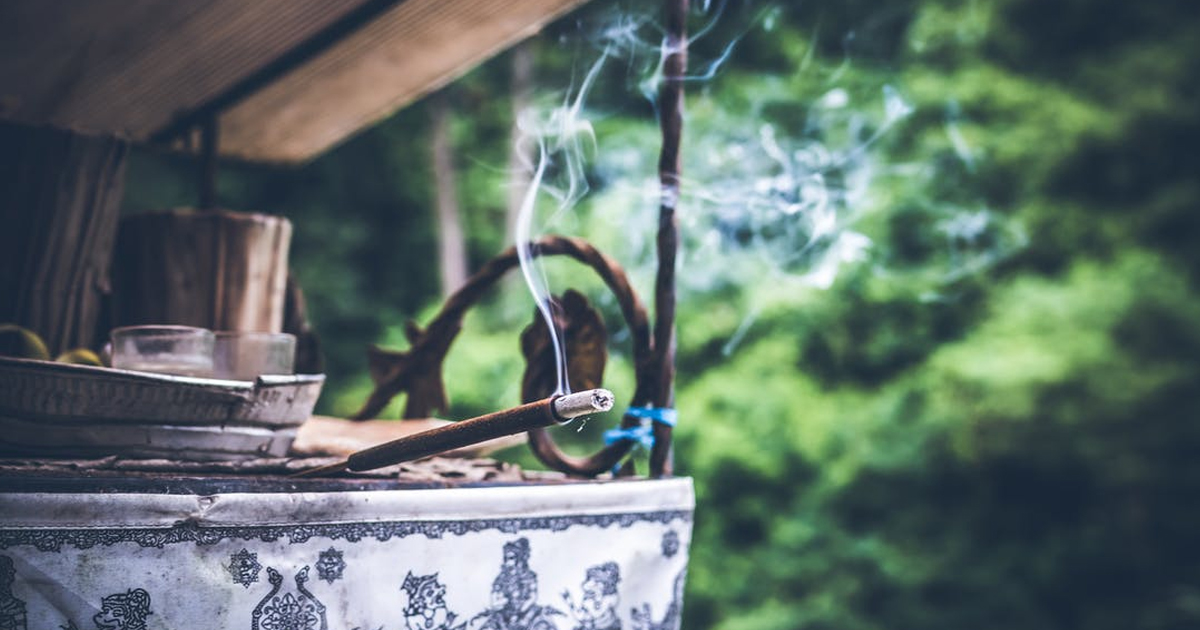 Welcome to the Wicked Sense blog! In our inaugural post, we will discuss how purchasing stick incense is about the most scents-ible thing you could do. There are countless benefits to purchasing incense, and our varieties are guaranteed to provide you with any fragrance you’re looking for.

Find out more about the benefits of stick incense, its history and its uses in our blog, and shop our online candle store to find everything you need to bring your home to new aromatic heights! From fragrant fruit flavors to sultry indulgent scents, Wicked Sense is the place where you can find ‘em all.

What exactly is incense?

It’s likely that all of us have smelled stick incense at one point or another. Most of us would recognize these scentful sticks, but have likely never considered what it is, and where it came from. As Madehow reports, “Incense comes from tree resins, as well as some flowers, seeds, roots, and barks that are aromatic.” When incense is burned, it releases the essential oils and aromas that are locked in the resin.

This is the original form of incense, but at Wicked Sense, we’ve created hand dipped incense that performs slightly differently. Instead of getting a burnt wood smell, hand dipped incense only burns the aromatic part that has been applied (or dipped) onto the stick-shaped base. Incense has been used for centuries by people, for a variety of purposes. Take a look at some of its uses throughout history!

When it came to various religions over time, it would seem that everyone nose how important incense was to worship and ceremony. It’s fascinating to see how different religions might not have interacted with each other, but all saw how beneficial incense could truly be. Here are just some religions that saw major advantages to using stick incense:

In other parts of history

Ancient Egypt was renowned for not only burning incense for similar worshipping ceremonies that were comparable to other religions, but also for cosmetic purposes. They would mix incense with oils, herbs, and spices to create cosmetics, one of the only documented instances where incense was used for more than just fragrance.

Interestingly enough, incense also shaped style in many ways, and in many cultures. As one example, the Japanese would try to get the scents of incense onto clothing and hair, by building racks to hold kimonos that could burn incense and steeping headrests into the smoke, respectively. This popularized using fragrance for a person and on one’s body, transcending the boundaries previously set with divine intentions.

The Silk Road is still known as being one of the most awe-inspiring and impacting methods of transportation known to humankind. It linked China to India, Persia, Carthage, and even all the way up to Athens. This brought trade to heights that the world had never before imagined. Part of this was popularized by the trading of incense, and incense even had its own route as a part of this network.

In addition to the incredible advantages that came from cross-cultural connections, one of the major and most ghastly downsides was that the Silk Road led to the spreading of the bubonic plague. A disease that wiped out over 50 million people (60 percent of Europe’s population!), it’s practically unfathomable that the desire for incense contributed to this horrific chapter of history. One thing that can be said, however, is that incense was clearly something that was considered a vital part of culture as a whole.

People from a wide variety of backgrounds have cherished the use of incense for not just centuries, but millennia. But are there scientific facts that back up incense and all that it is claimed to do? We might not be so sure on incense lifting spirits to the heavens, but we know that there scent can entirely affect one’s mood and behavior.

As Scientific American reports, “Odors do affect peoples mood, work performance and behavior in a variety of ways.” However, they go onto explain that it’s not because odors impact us. Rather, the article explains that “In order for an odor to elicit any sort of response in you, you have to first learn to associate it with some event.” Scent and memory are so incredibly linked, that certain odors can have an effect on us.

While science might not have some of the same explanations for why people enjoy incense, there are some reasons that can simply be classified as common scents. If your apartment is smelling more like 5-day-old pizza boxes and the aftereffects of a roommate spraying Axe around the room, you’re going to have a hard time concentrating. Whether you’re trying to get a paper finished or even just relax with a book, this is not an optimal space for completing a task.

Replacing those odors with something fresh can make such a difference in your home! The stick incense from Wicked Sense is perfect to create the ambiance you’re looking for. With so many varieties and fragrances, you can’t go wrong with our hand dipped incense. Order yours from our online candle store today—after all, it’s a decision that only makes Wicked Sense.

Free Shipping on orders over $50